2022 BCYL Conference – The State of the System

The State of the System - with Bill Corbett

The State of the System

Our credit union system, in BC and nation-wide, is in a state of continuous change. Understanding key issues and disruptors can help us innovate and lead through change. Guest speaker Bill Corbett will leverage Stabilization Central’s knowledge of credit unions, the regulatory landscape and risk management to share his perspectives today’s challenges and what they may mean for tomorrow. 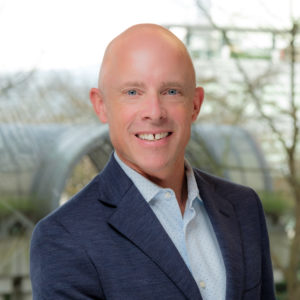 Bill Corbett is the Chief Executive Officer at Stabilization Central. A Chartered Professional Accountant (CPA),Bill draws on more than 25 years of experience in financial services, including 16 in the BC credit union system. Prior to joining Stabilization Central, Bill was the Vice President, Finance at Central 1 Credit Union and he spent 12 years at Vancity Savings Credit Union in various roles including Finance, Retail and Business Banking Operations, Strategy and running the Squamish Savings Credit Union.Bill also has an extensive insurance background having worked at the Insurance Corporation of B.C., Canadian Northern Shield Insurance and Dominion of Canada General Insurance as well as having served on the B.C. Advisory Committee of the Insurance Bureau of Canada. Bill is passionate about credit unions and helping to foster a future for the credit union system, and the communities that they serve. Bill was recently appointed to serve as Trustee on the Credit Union Pension & Benefits Trustand Credit Union Foundation of BC.Bill is an avid runner and previously served on the Board of KidSport Vancouver.